Should I re-employ (and furlough) a worker who left me after 28th February? 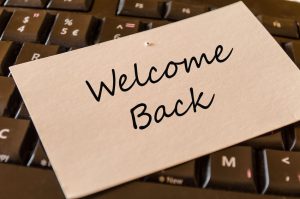 It’s a desperate conundrum at the heart of which are former employees and workers trapped in no man’s land. In ordinary circumstances an employee who resigned and left their employer, and who returned to the doorstep a month later asking to be let back in is not likely to receive a warm welcome.

But these are not ordinary circumstances. At myHRdept we have been approached by a number of clients whose desperate ex-employees are asking to be re-employed and furloughed.  In some cases their new employers are unable or unwilling to take them on due to the impact of Covid-19, others have been made redundant by our clients and, understandably, have struggled to find a job in the worst job market in decades.

Government guidance (updated 23rd April) states that employees who left after 19th March (earlier guidance said 28th February) but were on the payroll and for whom an RTI submission had been made on or before that date can be re-employed and put on furlough…but what does that mean and should employers re-employ people who left the business by their own volition, or because their roles were no longer required?

For the individual it means a great deal – access to 80% of their salary up to £2.5K pcm for the duration of the Coronavirus Job Retention Scheme (CJRS.) The compassionate response must be that, if there is no cost to the employer (the CJRS would repay this proportion of salary, employer’s NI and minimum employer pension contributions) then why wouldn’t we re-employ them if the Scheme expressly states that this is possible (and therefore to do so is not going to be classed as an abuse of the scheme.)  This is the  compassionate angle but there are practical considerations too.

Consider a scenario where employee A resigns and leaves her employer on 20th March to take a few days holiday before starting her new job a week later. She is issued with her P45 and reclassified on her old employer’s payroll as a leaver. Following lockdown her new employer refuses  to allow her to start her new job and cannot furlough her because she was not on their payroll on or before 19th March and an RTI submission had not been made by that date. On 27 April she asks to return to the old employer’s employment and to be furloughed. If her old employer agrees  would her continuous service be restored and from when could she be placed on furlough – would it be the date of her return or an earlier date, perhaps when her former colleagues were furloughed?

In the remainder of this article I will cover myHRdept’s interpretation of the guidance and the practical approach we have agreed with our clients. I need to stress, it is our interpretation – I cannot guarantee it is right and readers should not rely on what follows for their own circumstances – always seek advice.

Our understanding is that should an employer exercise its option to ‘re-employ’ a previous worker in order to enable access to CJRS then it means precisely that – re-employment, which means a new period of continuous service starting from the date the employee is ‘re-employed.’ This is not the same as disregarding the previous termination and regarding service as continuous. Indeed this latter interpretation would have disadvantages for the employer not least the fact that  continuous service would provide re-employed employees  with certain employment and statutory payment rights. It would also mean “unravelling” payment already made for example if a redundancy payment had already been made it would be practically very difficult to “unmake” it.

Our recommendation to our clients has been to regard re-employment as a new period of employment, ensuring a break of at least a week (starting on a Sunday ending on a Saturday) after the expiry of the old contract and taking into account any period of notice worked. Provided this break is in place before offering the new terms this should  ensure that the old period of service has been properly ended.

If the intention is to help out the employee temporarily while the CJRS  is in place with the expectation that their employment would be terminated again once the CJRS is withdrawn, then it is highly likely that the employee’s old terms of employment would not suit the employer. If the employee previously had 3 months’ notice for example then this could well outlast the CJRS, which we know currently will extend until the end of June (obviously it may be further extended).

As we are re-employing on a new period of employment the employer is, in our interpretation, free to offer whatever lawful terms it likes and as the employee’s interest is only to access furlough pay, it’s unlikely they will object to terms less favourable than previously. Practical consideration then should be given to:

The important thing when re-employing in order to furlough employees is to gain the express agreement of returning employees, in particular to the new terms offered. We consider it wise to also include express terms confirming that the new period of service is not to be regarded as continuous with the old and a new deduction term stating that the employer has the right to recover salary payments in the event that a future HMRC enquiry rules furlough payments made to be outside of the terms of CJRS. Practically this may be hard to implement if for example the HMRC audit is 5 years in the future, but at least it gives employers some hope of being able to do so if they need to. Employers should also make it clear that while furloughed employees may not carry out any work.  Express agreement can be obtained by including a signature bar and declaration. If employees can’t access the postal service they should copy the declaration and email it to the employer with a confirmation that they intend to be bound by the new terms.

Should employers issue a new contract of employment?

Technically yes, and this should be issued in accordance with new legislation that came into force in April requiring an expanded list of information to be issued in writing to new employees on or before the first day of their employment. From a practical perspective some employers may take the view that as the new employment does not require any actual work to be done the terms of the re-employment letter should suffice.

What if the employer has already made redundancy payments or payment in lieu of notice?

Provided the previous employment has been effectively ended (see above) then any SRP or PILN paid in respect of the old employment will not be affected by the re-employment.

What severance terms will the employee to be entitled to once their re-employment ends?

If the terms of re-employment include a weeks’ notice either way then the employee will be entitled to that plus any accrued holiday pay – although see above re employers relying on a re-employed employee’s goodwill and seeking not to incur that cost.

It is likely that the week’ notice will be served out on furlough pay at no cost to the employer, although there are differing views on this subject – some believe notice pay would have to be paid at 100% contractual pay and if that holds true the employer would have a maximum liability of 20% of the CJRS cap for one week on the re-employment terms we suggest above– this amounts to just £115 plus employer’s NI on that amount.

What if the employee was previously a problem?

If the employee left under a cloud, or their leaving was followed by a huge sigh of relief, we can’t see many employers being keen to re-employ, but it would depend to a large extent on the nature of the problem. This could give rise to issues if an employer makes a decision to re-employ employee A but not employee B, and if it transpires that employee B has a protected characteristic and is able to show that the employer is not taking them back because of that protected characteristic. In these circumstances employee B would be able to bring a discrimination claim against the employer.