Should employers grant requests to end maternity leave early & to be furloughed? 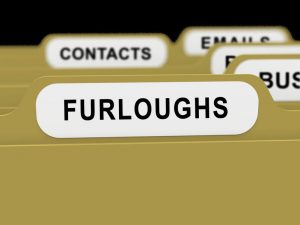 Why are employers seeing a rise in requests to return early from maternity leave, and to be furloughed?

Current furlough pay guidance stated that an employee can be furloughed if childcare arrangements are not available, and with many schools and nurseries currently closed, many working parents will be in that position.

When it comes to women on maternity leave, government guidance on furlough pay states that a woman can end her maternity leave early and be furloughed, provided she has given the normal 8 weeks’ notice of an early return, or a shorter period of notice if her employer agrees to accept this:

If your employee decides to end their maternity leave early to enable them to be furloughed (with your agreement), they will need to give you at least 8 weeks’ notice of their return to work, but you can agree to shorter notice in certain circumstances. You will not be able to furlough them until the end of the 8 weeks, or the date that you have agreed they can return to work.

At myHRdept we’ve received a number of client requests regarding employees seeking to end their maternity leave early, and asking to be furloughed. In many cases furlough pay of 80% of salary (capped at £2,500 per month) will be substantially better than SMP, which reduces to zero in the last 13 weeks of maternity leave.

It’s not difficult to see why many mothers are attracted to the idea, and judging by the number of enquiries we’ve received, we expect that mother’s forums are buzzing with this topic.

The downside for employers is that from the point of return, they are responsible for paying employer’s minimum pension and National Insurance contributions, and if mum is furloughed, they won’t be getting any work in return.

Employers are not compelled to offer furlough leave

But an employer doesn’t have to accept an earlier notice of return (of less than 8 weeks,) and neither does it have to grant furlough leave for those choosing to return earlier than the normal 52 weeks, particularly if it has work available for the employee to do, and if the employee is able to access childcare to allow them to work.

At myHRdept we had exactly this debate with one of our larger HR outsource clients this week, and the decision we mutually arrived at was to refuse to provide furlough pay in this instance.

We arrived at this decision because the employee concerned had access to childcare, and work was available for her to do, but her request clearly stated “I would like to return early and be furloughed.” There was clearly no intention to actually work, and our client concluded that her request to return early was driven by financial desires.

On this basis, we decided that the public funded furlough scheme should not exist to provide windfall earnings to an employee who would not otherwise expected wages over a period of absence. The request to return from maternity leave earlier than the minimum 8 weeks’ notice of an early return that legislation requires, was refused in this case.

The option remains open for employees to provide 8 weeks’ notice of an early return. An employer cannot refuse a request, but may refuse to furlough employees in similar circumstances.