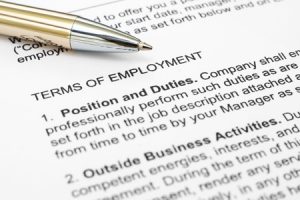 It’s not often we’ll look across the pond into Northern Ireland’s employment legislation system, and we’re interested even less frequently in consultation on Northern Irish law changes (rather than the laws themselves.)

I’ve created an exception though in this particular case, because the Northern Irish legislators have come up with some pretty interesting proposals around a favourite topic, the zero hours contract.

The proposals, in headline summary, are these:

The last point already applies in the wider UK and myHRdept have updated client zero hours contracts to ensure compliance. The principle of ‘banding’ however is an interesting one.

As far as we understand, a zero hours worker with sufficient service will be able to request that their employer provides them with a contract which guarantees them week to week a set number of minimum and maximum hours that is broadly consistent with the hours they have actually been working over the last 3 months.

If the employer is able to show that the hours actually worked were inconsistent with normal operations, they will be able to refuse. They may also refuse if the zero hour worker’s working hours showed little actual consistency.

The banding approach is quite novel and is obviously intended to reduce the use of inappropriate zero hours contracts, where workers work consistently for their employer but without the security of guaranteed hours. By providing ‘banding, the Irish proposals recognise that some employers have a differing need for hours week to week, and cannot consistently guarantee an exact number or weekly working hours.

If adopted the proposals would essentially create a new type of employment contract, falling in between genuine zero hours workers and permanent guaranteed hours.

Obviously these proposals are confined to Northern Ireland, and are only at consultation stage, but it will be interesting to see whether legislators in England and Wales and their Scottish counterparts follow suit.

Bespoke employment contracts are an important part of an employer’s compliance system – downloads from google rarely give necessary protection nor the specificity required for particular employers. Now in our 20th year, we include in our outsourced HR packages a bank of support hours which could be used for anything HR-related, from HR administration to employment law. For more about the team behind myHRdept, see our meet the team page.