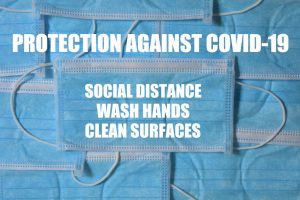 The government announced yesterday that the JSS Open and Closed schemes will be delayed. As the nation enters another month of lockdown the furlough scheme will be extended until December, with the August government support levels being reinstated – that is 80% of salary to cap of £2,500 per month with employers responsible only for the employment costs for National Insurance and minimum pension contributions. All employers and employees can access the extended CJRS from November, whether or not they previously used the scheme. We will publish more on the extended CJRS shortly.

Although details are still awaited, the Chancellor confirmed yesterday that the JSS scheme (from now on known as ‘JSS Open’), which will commence 1st November and will run for 6 months, will be more generous than originally announced.

The core changes are as follows:

The extended JSS for businesses required to temporarily close their premises is not affected by the 22nd October announcements. This scheme will now be known as ‘JSS Closed.’

Eligibility criteria also remain the same – all SME businesses may use the scheme (irrespective of whether they furloughed employees) and larger businesses will have to prove their turnover reduced during the pandemic, and because of it. Eligible employers will still be able to claim the Job Retention Bonus for employees who were previously furloughed and were not made redundant, nor under notice of redundancy.

At the time of writing, none of the .gov guidance had been updated (though eagle eyed barrister Daniel Barnett has spotted an HMRC direction just published), so our analysis of the scheme is still provisional and subject to confirmation from the government. However, our interpretation of the key points of the scheme, for now, is as follows:

From 1st November the CJRS will be replaced by the Job Support Schemes JSS Open and JSS Closed.  Under JSS Open (the subject of the remainder of this article) an SME employer of an eligible employee who is not under notice of redundancy and who works at least one-fifth of their normal hours, will receive a grant from the government equivalent to 61.67% of the normal pay for the time not worked, subject to a cap of £1,541.75 per month.

The above is for general information only and subject to publication of full .gov guidance.

If our understanding is correct, then the following examples hold true: