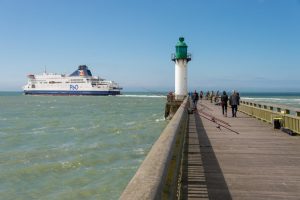 I was all set to conclude the week with an analysis of how an effectively managed maternity policy can aid employee retention (it’s Mother’s Day soon…) when P&O rather stole my thunder.

The early press (led by Downing Street’s statements) misbranded this as P&O using ‘fire and rehire’, but this was wrong, I saw no intention of rehiring in P&O’s 4 minute video announcement.

In sacking 800 employees with neither notice, nor consultation, the Company has broken pretty much every rule in the employment law book.

It’s looking to buy its way out of litigation with enhanced offers via settlement agreements, but that won’t save it from government levied fines for failing to inform the Secretary of State of impending collective redundancies by submitting the legally required HR1 form. As well as an unlimited fine, that omission could give rise to criminal sanctions. The CEO may not sleep well for quite a while.

Should the RMT shoulder some of the responsibility?

Our sympathies are of course with the 800 staff and their families, but I have a sneaking feeling (and this is my personal view, not that of myHRdept) that the RMT union is far from blameless here.

There has been, we are told, a long running pay dispute at P&O. P&O, owned by a Dubai consortium, are losing £100m a year. The Pandemic destroyed their business for 2 years and there’s a way to go before recovery. P&O might have rich owners, but businesses have to make profit to survive – even the wealthiest of owners will dispose of companies that aren’t covering their costs. The world is an evolving changing place, and the ability for business to adapt is paramount, for the good of their employees as well as their shareholders.

The RMT for its part has a track record (no pun intended) of exercising absolute resistance to any form of change, however strong the justification for change might be.

I’m just about old enough to remember the winter of discontent in the 1970s, when the trade union movement did its best to bring Britain to its knees. Their insistence on maintaining utterly unreasonable restrictive working practices, and their willingness to bully and intimidate any of their own members who didn’t follow the party line, led directly to Mrs Thatcher’s resolve to clip union wings. This was something she achieved as Prime Minister in the 1980s, partly through regulation and partly through an epic showdown with Scargill’s miners.

After a period of relative industrial calm through the 90s and 2000s, a time of steady decline in the number of union members in the UK, we have recently seen increasing militancy from trade unions, the RMT being frequently involved in messy disputes, causing misery for the travelling public.

The union movement’s own description of the strike ‘weapon’ is indicative of their current approach to industrial relations, and any ‘partnership’ style of approach, where both sides try to understand each other’s challenges, seems to have disappeared. Strikes should be a last resort, not a first response, but ‘last resort’ is not the RMT way. Their hostile ‘weaponised’ approach to employment disputes will inevitably provoke hostile responses from employers, with P&O perhaps being an extreme example.

I am absolutely not condoning P&O’s appalling treatment of its people. It’s hard to see a British-owned company behaving like P&O, but there’s also an argument that, akin to the 1970s, some of our trade unions are behaving unacceptably, contrary to the interests of the public and the wider economic challenges of an uncertain post-pandemic world.

The RMT is perfectly happy to cause continuing misery and suffering to commuters and ordinary people through its slavish refusal to accept any form of change, in order to protect every job.

While around the world computer-controlled transport safely navigates its way from stop to stop, the RMT inflicted years of misery for passengers on Southern Rail, claiming that train doors must, on safety grounds, be opened and closed by a guard. Hiding disingenuously behind a safety agenda is a popular tactic for the union, as it seeks to defend what is, in reality, indefensible and illogical.

As London tried to return to normal and businesses sought to coax employees back to offices, it was the RMT behind the walkouts on the underground that saw the city grind to a halt again. That dispute was due to TfL having the audacity to suggest that final salary pensions, a perk long-gone from the private sector, might not be affordable in the future….it wasn’t even a proposal, but strike action inconveniencing tens of thousands of travellers was the RMT’s first response to a conversation it had no intention of having.

Unions must reconsider their approach to industrial relations

In the world of industrial relations what goes around comes around, and the RMT must accept its share of the responsibility for the dismissal of 800 of its members. I doubt there was any intention in the union to give an inch to P&O’s needs, and in the end a super-rich owner took swift and decisive action to achieve its aims, seemingly preferring to pay the inevitable fines and settlements, than to extend disagreements with an intransigent union.

The RMT’s strike ‘weapon’ has been largely disarmed by P&O’s hostile stealth actions. The ultimate losers are the 800 now jobless P&O workers. P&O must be punished for its flagrant disregard of employment laws, but for the sake of its own membership and the trade union movement as a whole, the RMT must reconsider its approach to industrial relations. Weaponisation is not the answer.