Fire and rehire – why all the bad press? 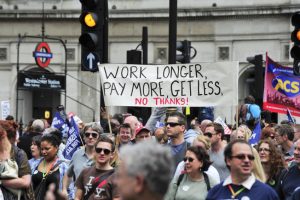 Fire and rehire – why all the bad press?

‘Fire and rehire’ has become a well-known phrase thanks to extensive media coverage. The practice, under which employers terminate the contracts of employees and then rehire them, usually on different terms, is so widespread that ACAS felt it necessary to publish an employer’s guide (see: ACAS link)

Trade unions condemn fire and rehire, Labour politicians have been outspoken in the issue, but what actually is ‘fire and rehire’ and why is it portrayed so negatively?

Properly used, the practice of firing and rehiring staff (it’s often called ‘termination-reengagement) can be the employer’s last resort for breaking a deadlock, and may even save a failing business. Let’s consider an example.

ACME Telecoms is a long-standing business that employs engineers who install communications equipment in private homes. The engineers receive double time for working in the evenings and weekends with the result that ACME can no longer compete with new market entrants – Sky Digital, Virgin Media etc. – who all pay standard time for additional hours. Faced with losing customers, ACME must find a way to reduce costs.

Using this example ACME would first try to agree a changes to the engineer’s overtime rates, explaining carefully the reasons why this is necessary. If these consultations fail, then ACME has nowhere to go, except at great risk. It could for example unilaterally impose a change of terms for those who hadn’t agreed to them, but this would almost certainly entitle those engineers to bring a breach of contract claim in an employment tribunal, which would either order a restoration of the original terms (plus compensation for lost income) or, where engineers have resigned because of ACME’s breach of their terms, award compensation for unfair dismissal. Either way the risk of in a unilateral imposition of the new terms is highly risky.

Aside from the breach of contract risk, if some engineers had agreed to the terms reduction, and some hadn’t, this wouldn’t represent a viable long term solution for ACME – the goodwill of those who volunteered would soon be lost once they realised that colleagues who didn’t agree were now being paid twice as much for the same shift.

This is where ‘fire and rehire’ becomes a viable option. ACME may instead issue notices of termination of the refusenik’s existing contracts, with the option for the engineers to resume their employment under a new contract of employment (with double time removed) the day after their statutory or contractual notice has expired.

There is less or no risk of a breach of contract claim, as long as all terms of the old contract were honoured until its termination date. In addition, the risk of a successful unfair dismissal claim from an employee unwilling to resume work under the new terms is also much lower, provided ACME could show that it carried out a fair consultation and had genuine reasons for the change to terms. An employee who chooses not to return to work under the new contract would struggle to win a constructive dismissal claim, since in the UK the tribunals would be likely (provided the employer had consulted effectively) to regard the dismissal as being for ‘some other substantial reason’ which is one of the five categories of potentially fair dismissals open to UK employers.

The use of ‘fire and rehire’ in this scenario could save ACME from going under – very few commercial companies can survive with uncompetitive pricing for long, their cheaper competitors will inevitably steal the market.

So, as a last resort, fire and rehire is, and always has been, an avenue for employers – but only after genuine attempts to reach agreement with employees has failed. The practice has been in place for as long as I’ve been in HR – some 34 years.

So why the fuss with fire and rehire?

The practice has perhaps become more mainstream, and trade union commentators and some in the Labour party have complained that it is an infringement of employment rights. It isn’t – provided the employer; a) has genuine reasons for needing the make the change to terms; and b) first tries to achieve agreement with the affected employees. Where fire and rehire can be a problem is where employers decide to embark on that route as a first option, and it is likely in the future that courts will look more closely at the reason for the change, and the process first followed to achieve it via agreement.

If you need help with a restructuring or a change of terms, , myHRdept’s HR support services are ideal. Included within all of our HR outsourced support packages is a bank of support hours to help manage staff issues. In most cases client HR support hours banks are not impacted by time spent updating handbooks, employment contracts, or introducing new policies.