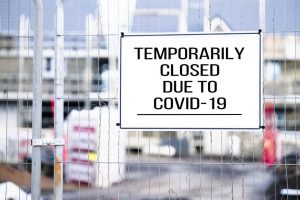 On 1st November the Chancellor announced that the old CJRS (furlough scheme) would not be switched off after all and, would be extended for a further month, but on the more generous terms that existed in August when the government-financed a qualifying furloughed worker’s wages to a cap of £2,500 per month, and the employer was responsible only for the employment costs of NI and minimum employer’s pension on the furlough wages.

In a surprise announcement yesterday the ‘Extended CJRS’ was extended again until the end of March, with the more generous terms continuing into January, at which point the government will review the economic conditions prevailing, and will decide whether to ask employers to contribute more towards the costs for February and March.

Full guidance will be published in a few days, we include a summary below and the current details directly from the government are available here.

Two consequences of the extension of the furlough scheme are that the Job Retention Bonus and Job Support Schemes are both suspended and in the case of the latter, which was due to start 1st November, we do not expect it will ever come into being.

The advice on shielding has been updated at the same time:

While employers are not obliged to grant homeworking to a critically vulnerable employee, it would seem risky not to allow them to do so if homeworking is reasonably possible. The chances are that a person classed as critically vulnerable would have a disability (as is defined in the Equality Act) and homeworking where possible would seem to be a reasonable adjustment. A failure to consider reasonable adjustments is likely to amount to a discriminatory act under these circumstances.

You can read the full updated guidance on shielding by clicking here.

What we know about the Extended CJRS so far:

The CJRS Extension permits the re-employment of employees who were made redundant after 23rd September, providing they were previously employees on the payroll, and providing an RTI submission was present for those employees between 20 March 2020 and 23rd September 2020.

In the case of fixed-term contracts that expired after 23rd September, these employees can also, subject to the same conditions, be re-employed and furloughed.

When similar allowances to re-employ staff onto the old furlough scheme were published earlier in the year several myHRdept clients reported contact from redundant employees requesting to be returned to the payroll. As was the case then, employers are not obliged to return employees to the payroll and should be mindful of any potential risks from doing so.