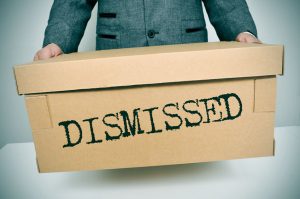 First quarter statistics show a 13% decrease in single claims (9,100) versus 2020, however, the overall trend in the last few quarters is still up, probably due covid-related unemployment and changes to working conditions. The tribunal system is currently sat on 44,000 cases, an eleven year high. With the furlough scheme ending in September, we expect a further peak.

Of cases dealt with from January to March 2021, 24% were settled with ACAS conciliation, 18% were withdrawn by the claimant, 11% were successful at a hearing and 9% were struck out prior to the hearing taking place. Unfair dismissal was the most common claim, succeeding unauthorised deductions from wages, which was the most common complaint from the quarter prior.

In Accattatis Vs Fortuna Group, A refused to attend work and demanded to be furloughed, saying that he neither wanted to use public transport, nor work in the office. His manager refused to furlough him and, after month’s stand-off, A was dismissed for a failure to comply with policies and guidelines. A brought an unfair dismissal campaign on grounds of health and safety (which doesn’t need the 2 years’ service needed for an ordinary unfair dismissal claim.) In rejecting his claim the tribunal accepted that he was genuinely fearful of covid, but found that his demands to be furloughed were unreasonable, and recognised that the real reason for dismissal was his antagonistic relationship with his employer, over many months prior.

Mr Ham by contrast succeeded in his claim against ESL BBSW Ltd. Early in the pandemic H refused to deliver equipment to his boss’ home, as his boss had covid symptoms. Here the tribunal, awarding £16.6K, regarded H’s concerns as being perfectly valid given the uncertainty of the time. Here the employer dismissed H too promptly after his refusal, and should have taken more time to allay his fears and persuade him, and to explore ways for him to safely deliver the equipment.

Mr Rogers wasn’t so lucky – he refused to come to work for fear of infecting his children, and he texted his employer to tell them he would return after lockdown. He was subsequently dismissed. The tribunal here decided that advice at the time was that social distancing would adequately reduce the risk of infection and that R’s workplace, being vast, was well disposed to that. R’s health and safety-related claim subsequently failed.

On the other hand, Chef Gibson succeeded against Lothian Leisure. Like Mr Rogers he had an especially vulnerable relative (his father.) He had been furloughed for a while but was asked to return to help with the restaurant re-opening at the end of the first lockdown. Like the Ham case the employer did not cover itself in glory, and the tribunal regarded the “shut up and get on with it” response of his employer as being an insufficient consideration of G’s legitimate concerns in the face of rising infections and the, by then, knowledge of severe symptoms and higher death rates amongst the elderly. Gibson received £23K in all.

Where did the employers in Ham and Gibson go wrong?

Ham and Gibson have some similarities in terms of both employers giving inadequate consideration to their employee’s concerns, and proceeding to a dismissal too quickly. Employers who follow a fair process, who properly evaluate the employee’s concerns, and who provide adequate warning of a potential dismissal, are far less likely to lose a tribunal case, providing of course their risk assessments have been properly completed.