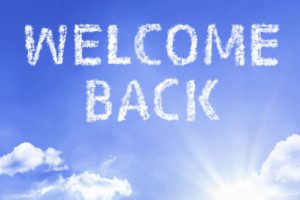 Sure as eggs is eggs there are a lot of tribunal cases on the horizon and the case of Kelly Vs PGA European Tour gives an interesting perspective on the tribunal’s ability to order an employer to re-engage a dismissed employee.

Reinstatement is an order to return the dismissed employee to their previous position, reengagement is an order to return them to a different but equivalent position. Either are potential remedies available to a dismissed employee, albeit it is a rare one – at myHRdept we’ve recently seen our first example of this type of case in 20 years. To apply for reinstatement or reengagement an employee has to bring a claim within 14 days of the dismissal taking effect and must show that it is just an equitable for the employer to reinstate the employee until a full tribunal hearing can take place to validate or find the dismissal unfair.

Why should employers take note?

At the moment many tribunal hearings are taking well over a year to be staged, so this is an expensive penalty for an employer, who would have to pay the employee in full until the hearing took place.  We suspect this will be an increasingly used tactic by employee’s litigators in the coming months – after all, how many employers will want to have the possibility of paying dismissed employees for a year or more?

How would an employee succeed in an application for re-engagement?

When receiving a claim of reinstatement/reengagement the tribunal will schedule a short, usually half day, hearing no more than a few weeks from receiving the employee’s claim. The short hearing will give the opportunity for the claimant to demonstrate that there a full hearing would be likely to rule their dismissal unfair. To get to this position the claimant will produce their strongest evidence and the employer will be given the opportunity to present counter evidence. If the tribunal rules in favour of the employee it may order reinstatement or reengagement if it is ‘practicable.’ What is ‘practicable’ will always depend on the details of the case in hand.

Facts of the case

Mr Kelly was a long serving employee of PGA, a new CEO joined and after a couple of months decided Mr Kelly, a Group Marketing Director had to go. Exit terms could not be agreed to the satisfaction of both parties and Mr Kelly was dismissed and he applied within the permitted timescales for reinstatement (his old job back) or reengagement (an equivalent job.)

At the hearing, PGA conceded that in following any established procedure the dismissal was unfair – the first hurdle had been passed by Mr Kelly – establishing that his claim was likely to succeed. It was also established that PGA had a vacancy for a Mandarin speaking Commercial Director. Mr Kelly, good at languages, said he was happy to learn Mandarin and the tribunal decided that there were no substantial trust and confidence issues afoot to prevent his re-engagement, despite Mr Kelly having made covert recordings of his dealings with the CEO.

PGA appealed to the EAT and the EAT decided that the tribunal had overstepped its authority in failing to make an assessment of the employer’s view of whether trust and confidence had broken down (instead it asserted its own view) and in deciding that Mr Kelly might be suitable for a role with a core requirement for a Mandarin speaker when Mr Kelly did not speak Mandarin. In short the tribunal had over-relied on its own opinions and had not taken account of the employer’s commercial judgement that Mr Kelly wasn’t suitable for the alternative role.

What to do if faced with a reinstatement/re-engagement hearing

Employers should be objective about what collateral they may have given the dismissed employee. While the PGA case tells us that a failure to follow a fair process need not be fatal to the employer’s chances of resisting a reinstatement/reengagement order, other factors could be. The first place to look is at the ET1 claim form which the employee must have submitted – that will contain clues to the level of evidence present and the overall quality of the presentation of the claim. If the employee is claiming discrimination and is likely to be in possession of emails/texts or even covert recordings of conversations that might support their case, the risks to the employer will be that much higher and settlement may well be the sensible option.

That said the employee has a high hurdle to cross to convince a tribunal in only half a day or so that they have sufficient evidence to show that their claim for unfair dismissal is likely to succeed –essential to gain a reinstatement/reengagement order. A few days before the hearing the parties will be required to exchange documents, and this will be the point to make a final assessment of risk.

The employer’s normal defence if the employee is able to show that the claim is likely to succeed is to cite a breakdown of trust and confidence as a reason not to reinstate or reengage a dismissed employee – in the PGA case covert recordings made by Mr Kelly were not regarded as sufficient for the employer to win that argument.