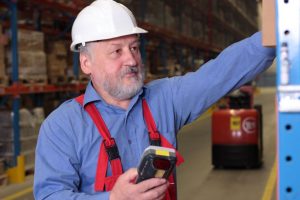 Whether or not employers can really enforce a compulsory retirement clause is a question we’re often asked. We have helped draft retirement clauses for employers, even though the general situation in the UK (since the introduction of age discrimination laws) is that it is difficult to objectively justify a particular retirement age.

What is a compulsory retirement clause?

A compulsory retirement (or ‘fixed retirement’) clause will normally appear in an employment contract, and may also be supplemented by a retirement policy in the staff handbook. The clause normally says that an employee will be required to retire without further notice at a particular age.

Can a fixed retirement age be objectively justified, and if so, on what grounds?

Clauses providing for automatic termination of employment once the employee reaches the stipulated retirement age should only be used where the employer can objectively justify the compulsory retirement of employees at that age. What is ‘objective justification’? This will differ from employer to employer and role to role – it’s possible to retire someone from a very physical role earlier than the state pension age, but retiring management roles at any age is harder to justify.

Some case law exists, however, to provide for a compulsory retirement age. Amongst the reasons accepted by some tribunals are to allow for the progression and promotion of other employees; to provide employment opportunities for younger people; or to provide a balanced representation of ages in the workforce.

Is the state pension age relevant?

In most cases, no, because a person at state pension age might be as suitable to perform a role as someone 10 years younger. However, it is a useful benchmark and it would seem logical that compulsory retirement clauses that stipulate a fixed retirement age that is less than the state pension age, are likely to be more difficult to enforce.

If we have a fixed retirement age, can we make exceptions?

Many compulsory retirement clauses will give the option to extend employment beyond the fixed retirement age. This caters for the possibility that when it comes to the time to enforce the clause compulsory retirement may no longer be justified, perhaps because of future case law. Alternatively, it may be because, following a discussion with the employee shortly before reaching retirement age, an employer wants to agree to defer retirement to an alternative date.

However, existing case law has shown that an employer with an inconsistent application of the clause, allowing some to work beyond the retirement age but not others, is likely to end up on the wrong side of an employment tribunal decision.

Are employees likely to challenge a compulsory retirement requirement/what are the risks?

Of course, an employment law risk only becomes an employment law penalty if an employee decides to challenge the enforceability of the clause. Many won’t, and some may be perfectly happy to leave at the prescribed age. For those that do, the employer would need to convince an employment tribunal that the compulsory retirement clause was objectively justified. If it was unable to do so, the employer would potentially have to pay unfair dismissal and age discrimination compensation. Compensation for unfair dismissal is subject to a maximum of 1 year’s salary capped at £93,878, compensation for age discrimination has no upper limit.

Is there anything that can be done to mitigate the risk?

Just because we have a clause and a policy does not, in this instance, mean we can expect to rely on it. A wise employer would discuss the employee’s approaching retirement a few months ahead of the date. If there is any indication that the employee is resistant, advice should be sought from a competent HR advisory company such as myHRdept.

Employers might consider offering employees retiring at a fixed age the chance to sign a settlement agreement in exchange for some compensation. This could be popular with employees who will receive a windfall at the end of their career, and will give employers the peace of mind of knowing they won’t be sued.

Our HR outsource packages contain support time for a wide variety of HR projects. All of our compliance packages include employment contract template drafting, often without impacting on support hours. If you want to include a compulsory retirement age clause in your employment contracts, if you need a retirement policy, or you want to discuss whether your objective justification argument will hold water, we’d be happy to hear from you.