‘Sometimes’, appears to be the answer from Okedina Vs Chikale.   The conventionally held belief is that if an employee is unable to work legally in the UK they cannot claim for breach of employment rights, e.g. through a claim for unfair dismissal. Here Ms Chikale succeeded in her attempt to claim, but how, and what does it mean for other employers?

Ms Chikale worked as a domestic helper for Mrs Okedina, who on the face of the facts available, left a 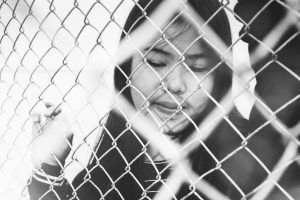 great deal to be desired as an employer. It is alleged that Mrs Okedina paid Ms Chikale below the National Living Wage, denied her holidays and expected her to work excessive hours and when Ms Chikale asked for more wages, Mrs Okedina fired her.

This deception by Mrs Okedina and perhaps more importantly Mrs Chikale’s innocent ignorance of it transpired to be instrumental in the Employment Appeal Tribunal’s decision to allow Ms Chikale’s claim. From a common law perspective ‘public interest’ becomes an issue here, and it was not judged to be in the public interest to allow Mrs Okedina to shirk her responsibilities and to see Ms Chikale suffer alone for a plight that was not of her making, or indeed knowledge.

If the allegations are true, Mrs Okedina deserves the full attention of the law and earns no sympathy from the myHRdept corner, but what about the practical implications of this case for scrupulous employers? This case first came to press courtesy of our friends in Practical Law (Thomson Reuters) at the beginning of the month and since then we’ve seen headline after headline along the lines of ‘Illegal contract is no defence.’  Good for headlines, but wrong, as in most cases an illegal contract will be a defence.

Picture a typical employer with a staff member working under visa conditions. The staff member’s visa expires, he is refused a new one, and he doesn’t tell his employer and continues working. In a routine audit of right to work documentation the expired visa is identified and the employee, following an investigation and unable to produce right to work documents, is fired. Can the employee pursue an unfair dismissal claim? Not normally, because here, unlike poor Ms Chikale, the employee was a knowledgeable participant in his own wrongdoing, namely to continue working when he knew he had no visa. It would not be in the public interest for the employee to be able to enforce his contractual rights in a situation where he knew the contract itself had become unlawful through his inability to work illegally.

So not as dramatic a case as the headlines would have us believe, but this case however does remind us that employers should: