180K tribunal award – but was it the ‘landmark case’ the press is proclaiming? 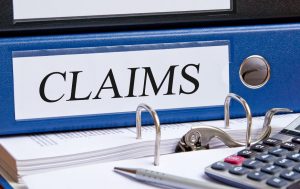 Most of this morning’s papers featured the 180K tribunal award won by Estate Agent Alice Thompson, who sued her employer, Manor, for discrimination having been refused permission to leave work early to pick up her child from the nursery….but was it really the ‘landmark case’ the press is proclaiming?

No, and while the reports focussed on Thompson being refused permission to leave early to pick her child up, that was the final straw rather than the whole situation. Rather this is a classic case of the disintegration of an employment relationship over many months and indeed years, the relationship inevitably doomed to end at some point, and probably expensively for the employer.

As an aside, many estate agents outside of the City might be more amazed by the level of Thompson’s salary, at £120K, indeed many non-estate agents might wonder how that happened too, and might be planning a career change. We suppose that if you spend your days selling multi million pound properties the rewards are bound to come – there are precious few of those properties outside London.

The real story (we suspect)

So here’s the story in summary. Thompson was a high performer and well thought of, she had a good relationship with her manager, a Mr Sellars (appropriately named given his job) and all was tickety boo, until Thompson got pregnant and then something changed. Mrs Thompson cited various evidence to show that Sellars behaved like a chauvinist, although most of her claims were thrown out by the tribunal.

In the end the bit that went in her favour was her flexible working request, which on the facts was a fairly straight forward decision for the tribunal. Thompson had asked to move to 4 days rather than 5 and to leave work earlier so that she could recover her child from nursery. The request was refused by Sellars who may have had advice, because he cited 2 of the grounds on which a refusal is permitted. Whether he had any other advice to suggest that granting the decision might be a better idea isn’t known – while the reasons given for refusal were permissible in theory, the facts did not support this. A lot of Thompson’s award will have been loss of earnings (and as we said, she earned a lot) but some of it will reflect her employer’s intransigence on what would have been an easy request to grant.

Think about how a flexible working request can be made to work (rather than searching for reasons why it won’t work.)

On the facts it should be perfectly possible for Thomson to sell property over 4 days rather than 5 (her salary would have been pro-rated of course) and over 7 hours rather than 8. If she sold less property, her commission income would simply have reduced. Not to grant the request was simply a nonsense, and Mr Sellar’s decision has cost his company £184K, and amount it’ll probably recover by selling a couple of flats. Worse than the award though, everyone will remember Manor Estate agents as an organisation where a male boss discriminated against a female employee. I can’t imagine that’s going to be good for business, particularly if the client is female.

What can employers learn from this, not terribly landmark, case?

For whatever reason the relationship between Thompson and her boss hit rock bottom prior to her resignation, and her employment has now concluded in the most public of ways. Three conclusions can be drawn from this case for employers:

If you need help with a tribunal hearing, a flexible working request, or indeed a break down in relationships in work, myHRdept can help. Included within all of our HR outsourced support packages is a bank of support hours to help manage staff issues.