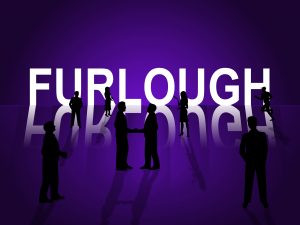 What’s benefited 11.4m people, cost £70 billion, is responsible for tax and NI rises and ends today? Yes, the furlough scheme, which undoubtedly prevented hundreds of thousands, possibly millions of pandemic-related job losses. Yet 1 million remain (until tomorrow) on furlough leave and many sectors, particularly those related to the travel industry, are still struggling and will for a while yet.

One size fits all scheme was far from perfect, a sector by sector approach would have been more effective

The furlough scheme was a ‘one size fits all’ solution for UK plc, and while many will celebrate its successes in preserving employment, others will reflect on it as a cripplingly expensive blunt instrument, incapable of catering for the needs of particular sectors and delaying the inevitable for some, allowing between one and two million to sit at home on publicly funded pay, while the UK struggled to recruit enough staff to fill vacancies.

It was far from perfect, and its legacy to tax paying Britons will be long lasting. Will the government be considering the scheme in hindsight, and what might have been done differently? An obvious possibility would have been to have targeted the scheme on a sector by sector basis, turning furlough support off earlier for those sectors not so much impacted by the later phases of the pandemic. By doing this much needed labour would have been released earlier into the labour market, alleviating some of the strains we’ve been witnessing. A compartmentalised shut down of furlough would also have enabled support to continue longer for those sectors still impacted today.

Was it right to preserve the employment of those with no realistic prospect of returning to their jobs?

Aside from compartmentalising the approach, greater effort should have been made to encourage employers not to maintain effectively redundant employees on furlough leave.  This would have been tough politically – no government wants to be seen to encourage redundancies – but the publicly funded life-support distorted the labour market, and will have done no favours to those on long term furlough with no realistic hope of returning to work. My HR colleagues in myHRdept will agree that the longer an absence from work progresses, the less likely a successful reintegration will be. As individuals languish at home, confidence levels dwindle – work is an important stimulant, and without it lethargy and despair take hold. Regrettably for some of those furloughed the damage will be long term, possibly permanent.

Vaccines changed everything – apart from the furlough scheme

My largest criticism of a government that has been admittedly in an unenviable position, is the lack of agility in reacting to an encouraging early vaccine take up. That was the time to make changes to a furlough scheme that was set in motion in very different circumstances in March 2020. The fact that nothing changed for months in the face of soaring public confidence, is a sad reflection on the government machine. Decision making wasn’t so much glacial, as non-existent. Perhaps ministers and civil servants have spent too little time problem solving in whitehall meeting rooms, and too much time working in isolation at home. While the nation cried out for delivery drivers, some ministers publicly celebrated their additional Peleton time in their home gyms. Problem solving cannot happen so effectively on Zoom, and I suspect the public sector’s reticence to return to work has not helped.

If you need help recruiting staff or developing staff incentives, myHRdept can help. Included within all of our HR outsourced support packages is a bank of support hours to help with a wide variety of HR issues. Our HR support packages for employers include employment law compliance services, and most of our packages include site time.